I am surprised at all the pundits calling out Obama because he hurt their feelings. What is going on in this country? Where are the grown-ups? A huge majority of the people have either gone back in time or TRULY wish they could travel through some portal stopping time, then reversing said time to another time "back when".

Everybody is talking about feelings. Well people, feelings won't get the job done. We have to THINK about where we are going, NOT where we've been.

They say Obama's not empathetic. He hasn't connected personally. Yes he has. He's connected by getting as much done as he possibly could. Yes, nostalgia for the good ol days is tempting and fun when sitting around the kitchen table. But we are talking about serious issues. Shouldn't we move through emotion to some grown-up clear thinking?

Come on people. There are still enough of us around who remember how hard it is to change. How much work it takes to Change. How many sleepless nights and agonizing days go into change. We must focus! Going in reverse is no solution.

Barack Obama was good enough for you two years ago, but now because you're mad at him, you want the country to suffer for it. You want seniors to lose their Medicare. You want Social Security to go to Wall Street. You want the Insurance Industry to have a say about your life in lieu of Government oversight and protection.

Wow! How angry are you? And how many people have to suffer for it?

A woman tells Obama that she's tired of defending him. She's tired because she's had to make choices. At least she has choices! So many people don't. She should be tired. Look at him he looks tired. He is almost completely gray in the span of two years!

You see this is what Obama means by "buck up". That is a "me" attitude and not a "we" attitude.

All of us should be tired. We are supposed to be knocking down the status quo. We are supposed to be so attentive to what's going on in this country that we don't allow ANY politician to get away with bending, twisting, or mangling the FACTS. We the People have to do it. Our journalists no longer work for the people. They work for the very same corporations trying to silence us.

When Obama took office he spoke of working together for change. When is the last time you sailed through drastic change?

When Clinton was in office, we all thrived and we got very used to having all the THINGS we wanted. Maybe we weren't rich, but we were living really well. Then Bush took office and we were still living really well...ON CREDIT. Obama didn't say I'll do all the work and you just go back to living the same way you did before Bush took office. Our country is in trouble and he is not able to do it alone.

It's like Obama is the mean principal that gets results but everybody hates the way he does it. A grown-up in a country full of
children in temper tantrum mode. "I won't vote because Obama is ineffective." He's only as effective as the people supporting him. He is a reflection of this country. We all are being thwarted by Corporate America. If you don't vote, you should get used to putting Corporate before America.

We as a country made this recession. We allowed it to happen because of our complacency and general greedy thirst for things. Now we are paying the piper through tough times and the first thing we do is look around for someone else to blame.

It's Obama's fault. Yes it's his fault, but it is also YOUR fault. Let ye who are without sin cast the first stone. It's in the Bible. Look it up. By the way, this misplaced anger should be directed at Bush and Cheney and Rove. The PM of Iceland is gonna do a perp walk for destroying their economy. So should the three stooges of the Bush era. They should have been prosecuted for gutting our political and economic institutions.

The Republican Party should be ashamed. How can they even look in the mirror after what they did with this economy? It's just sad. The perverse amount of money being spent on trying to buy the congress could be spent to help victims of the oil spill or any number of disasters that have happened in the last few years. They've already taken over the courts and you're not even paying attention.

They are blocking Obama's appointments so they can further destroy our democracy.


But you're angry and your eyes are closed and your lips are pursed. You will not see anything that way.

This is money spent to stop progress. Stop change. That means NO saving the planet. No investing in new technologies that advance the planet and its people. Both parties are spending obscene amounts of money simply in a game of political power. Now it’s possible for persons/forces outside the country to influence our Democracy.

Hate will not prevail, but it can slow things down A LOT. No is a wall and walls fall eventually. How much damage to our world has to happen before we really take a stand. How many lives will be delegated to mere statistics in our rich vs. poor debate?

We are a people proven to be walking on a round ball in a vast solar system. Can’t we just all agree to leave it better for those coming later on?

Can you see where the "whining" thing might actually be true?

But, go ahead and punish Barack Obama for not doing enough for your cause. The stakes are high, but what does that matter when the message you send to Obama will show everyone that you are angry. Bravo.

P.S. Obama is not on the ballot. You might want to take a look at who is poised to take your representatives seat. Remember, after this election, they speak for you whether you like it or not.

Walk in beauty. Walk in peace.
Posted by WWZooeySay at 1:13 AM No comments:

Toni
Posted by WWZooeySay at 4:50 PM No comments: 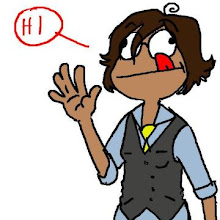